I ended my time with OTZMA and in Israel in a perfect fashion. All of the OTZMAnikim and I went up north for the last four days to partake in some hiking, swimming, rafting, relaxing, and just thoroughly enjoying our time together times.

After an intense cleaning and yelling at session with the staff of the Kfar all of the Jerusalemites and I left our apartments and headed to Tel Aviv to pick up the rest of the crew. While on the bus we partook in lovely conversation until we ended up in Beit She’an at the springs. We first ate a delicious once and then, not listening to our grandmas about not swimming after eating, we all jumped into the fresh water.

After some swimming and hopping around we made our way to the hostel we’d be staying at for the weekend. It was a lovely little place right on the Sea of Galilee. After cleaning ourselves up and eating dinner we made our way to a room where we were greeted with a banner we had created on our first day of OTZMA back in August 2010. We also had letters placed on our seats that we had written to ourselves at that time as well. I had recently remembered the letter and was really looking forward to opening it. But I have to admit, I was pretty dissapointed when I did. While I accomplished everything on the list (except that I’m not as proficient in my Hebrew speaking as I’d like to have been) I felt like the letter didn’t account for all that I had wanted it to. Looking back though, I think that was a good thing. It really proved to me how OTZMA and my Israel experience as a whole went way above my expectations, even beyond what I could have possibly thought of.

The next day we went on our first of two hikes. This one was rather easy, we walked along dirt roads, and came across random waterfalls. Nothing to complain about here.

The next day we went on a different kind of hike, one that was filled with many complaints, due to it being fully submerged in water. The elevation of the river was a lot lower than we had expected and thus there was a lot of falling and splashing involved. The next day my wrists were in pain from constantly putting my hands on rocks to keep myself upright. But I have to say, as stressed as some people were, the hike was a blast, and while it was difficult at times, I love to take on any good challenge.

We also had gone river rafting one of the days which was a blast. This is proven by the amazing photo taken of us while going down one of the hills. 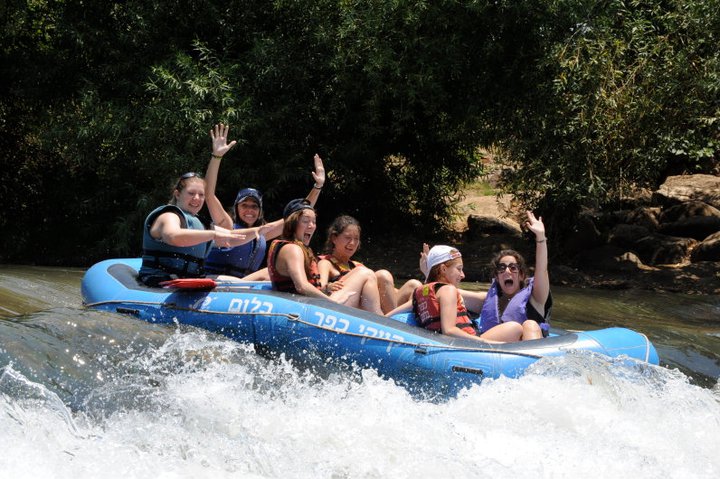 One of the nights we were taken out to a lovely restaurant right on the water called Decks, for dinner. A beautiful view, great people, and delicious food. What more could I have asked for? 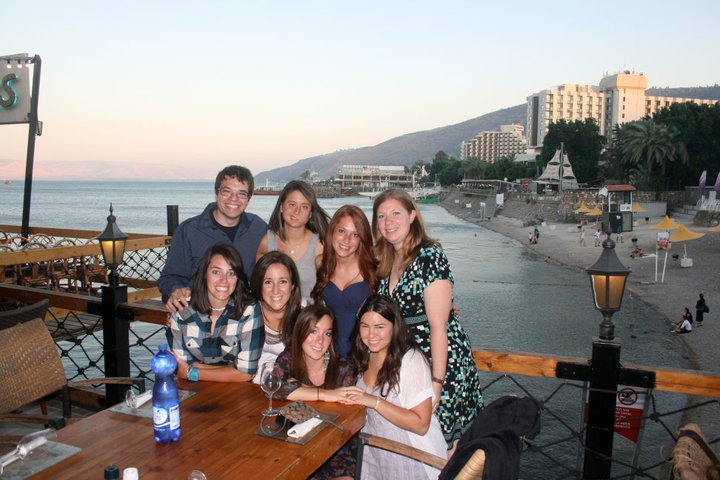 During Shabat we relaxed; during the day we put our chairs into the water and sunbathed, and at night we all hung around with some wine and good times.

By the end of the weekend we had packed up our things and had begun walking onto the bus in a motionless state. We knew the next morning when we’d wake up it’d be our last day all together in Israel as OTZMAnikim. Our final time together we spent at the Tayelet, which is where we were taken on our first day of OTZMA. It was so very bittersweet, everyone said something and many tears had flown. I couldn’t believe that my time in Israel was coming to an end, and to be honest I didn’t really want to believe it. I think I was in denial the entire time, and it didn’t even truly hit me until I had come back to the United States.

After giving many hugs, kisses, and goodbyes, I made my way to the Jerusalem Central Bus Station. While waiting for a friend to come pick me up I ran into an old friend who is my neighbor and I grew up and went to Hebrew and high school with. I knew he had recently come to Israel but I didn’t think I would have had enough time to meet up with him. I was so lucky to be able to end my time in Israel reflecting with someone from home who could understand what I was going through, and who he himself, had been through years prior.

Upon leaving the airport I took off looking straight ahead into the seat in front of me, tears streaming down my face. When I arrived home one of the first things I did was wait in this thing called a line to get my passport stamped. It was then that I realized and had thought to myself, “Holy moly, I’m back in the United States.”